Kristin Struble, MD, FAAP is a practicing pediatrician in Phoenix, Arizona, since 2001. She was raised in Tucson, Arizona, and received her undergraduate degree at the University of Arizona in Nutritional Sciences. Inspired by her maternal grandfather, she went on to complete her postgraduate medical doctorate degree at the University of Arizona College of Medicine, followed by a pediatric residency at Phoenix Children’s Hospital and Maricopa Integrated Health System.

Kristin is passionate about nutrition education, particularly in changing the traditional thinking of where children’s calorie sources should come. Her attempt is to redefine healthful calories versus empty calories for parents.

She is dedicated to promoting the message that a healthy diet is the very best medicine and that the body talks to us through our poop. She wrote this book hoping to change the course of a child’s life through simple messages.

Kristin has been consistently recognized by both Phoenix Magazine “TOP DOCTORS” and by  “BEST DOCTORS OF AMERICA”.  She was recently  a nominee for Phoenix Business Journal’s  2018 Health Care Heros award.

Raised by her parents Jake and Carol and surrounded by five siblings, Kristin learned the art of eating healthy firsthand. Dr. Struble is married to Stephen Chakmakian, DO, and has one precious son, Luke. 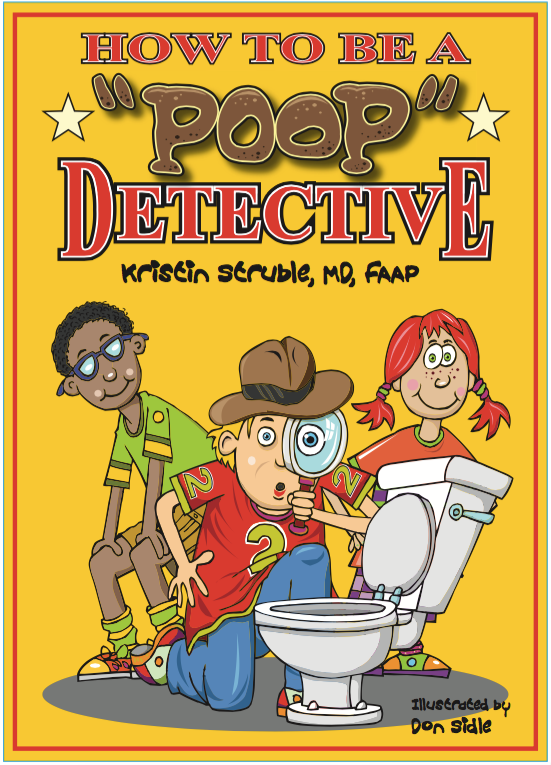